The overwatch project is about investigating reality
without the biases and manipulations that come from established sciences and religions.

I investigate all of information available to me with a strong effort to not use cognitive dissonance and come to conclusions that make sense without contradictions.

My hypothesis is that the earth material realm and the earth immediate spirit realms (AKA astral planes)  is part of a reincarnation soul farm that behaves very similar to a video game. The game of life can be addicting and has no learning potential for souls that reincarnate here with repeated amnesia.  Some souls have reincarnated here many times, possibly thousands of life times.


The answer to the mystery of life and the afterlife is to study this for yourself. Embrace your true individuality. Realize that there is no external authority that controls you. Authority on the earth material plane is actually coercion and force. In the spirit realm, only your earthly baggage can fuel the illusion that you can be controlled there or contained here.  Purge all the brainwashing and programming that binds you here.

There are realms out there that will not trick you into agreeing to enslave yourself.

Study all you can while you have time in this incarnation. After your earthly avatar releases you. Create your own private protective void, regain your complete mind and identity, use your intentions to gather all the information you want about everything unrestricted.  Then travel to wherever you want simply by using intentions to go to better realms without amnesia or surrendering yourself to a slave system.

Be Free and ascend to a higher existence with your true and complete self. 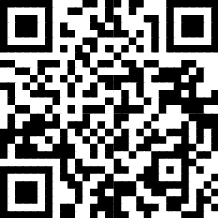 June 11th 2019:  MUST READ - I just found a new website called the Promethean Rebellion, and this article titled "The Archontic Soul Trap" really resonated with me. Read it here.
ANTARCTICA how to travel there and go anywhere! [ LINK ] Fly Over [ LINK ]  More... Much more [ LINK ] and EVEN more info about Antarctica [ LINK ]
check out Wayne's website at www.trickedbythelight.com/
Declassified by govtards -
​
Here is a [ LINK ] to the FBI's paranormal collection.

There is also many more documents declassified by the CIA that you can read about and access [ here ].
Some of the videos I embed on my site are from other people. I may agree with all or just in part of what is said.

Quote fromThe Active Side of Infinity

“We have a predator that came from the depths of the cosmos and took over the rule of our lives. Human beings are its prisoners. The Predator is our lord and master. It has rendered us docile, helpless. If we want to protest, it suppresses our protest. If we want to act independently, it demands that we don't do so... I have been beating around the bush all this time, insinuating to you that something is holding us prisoner. Indeed we are held prisoner! "This was an energetic fact for the sorcerers of ancient Mexico ... They took us over because we are food for them, and they squeeze us mercilessly because we are their sustenance. just as we rear chickens in chicken coops, the predators rear us in human coops, humaneros. Therefore, their food is always available to them." "No, no, no, no," [Carlos replies] "This is absurd don Juan. What you're saying is something monstrous. It simply can't be true, for sorcerers or for average men, or for anyone." "Why not?" don Juan asked calmly. "Why not? Because it infuriates you? ... You haven't heard all the claims yet. I want to appeal to your analytical mind. Think for a moment, and tell me how you would explain the contradictions between the intelligence of man the engineer and the stupidity of his systems of beliefs, or the stupidity of his contradictory behaviour. Sorcerers believe that the predators have given us our systems of belief, our ideas of good and evil, our social mores. They are the ones who set up our hopes and expectations and dreams of success or failure. They have given us covetousness, greed, and cowardice. It is the predators who make us complacent, routinary, and egomaniacal." "'But how can they do this, don Juan? [Carlos] asked, somehow angered further by what [don Juan] was saying. "'Do they whisper all that in our ears while we are asleep?" "'No, they don't do it that way. That's idiotic!" don Juan said, smiling. "They are infinitely more efficient and organized than that. In order to keep us obedient and meek and weak, the predators engaged themselves in a stupendous manoeuvre stupendous, of course, from the point of view of a fighting strategist. A horrendous manoeuvre from the point of view of those who suffer it. They gave us their mind! Do you hear me? The predators give us their mind, which becomes our mind. The predators' mind is baroque, contradictory, morose, filled with the fear of being discovered any minute now." "I know that even though you have never suffered hunger... you have food anxiety, which is none other than the anxiety of the predator who fears that any moment now its manoeuvre is going to be uncovered and food is going to be denied. Through the mind, which, after all, is their mind, the predators inject into the lives of human beings whatever is convenient for them. And they ensure, in this manner, a degree of security to act as a buffer against their fear." "The sorcerers of ancient Mexico were quite ill at ease with the idea of when [the predator] made its appearance on Earth. They reasoned that man must have been a complete being at one point, with stupendous insights, feats of awareness that are mythological legends nowadays. And then, everything seems to disappear, and we have now a sedated man. What I'm saying is that what we have against us is not a simple predator. It is very smart, and organized. It follows a methodical system to render us useless. Man, the magical being that he is destined to be, is no longer magical. He's an average piece of meat." "There are no more dreams for man but the dreams of an animal who is being raised to become a piece of meat: trite, conventional, imbecilic.”
― Carlos Castaneda, The Active Side of Infinity

This website uses marketing and tracking technologies. Opting out of this will opt you out of all cookies, except for those needed to run the website. Note that some products may not work as well without tracking cookies.