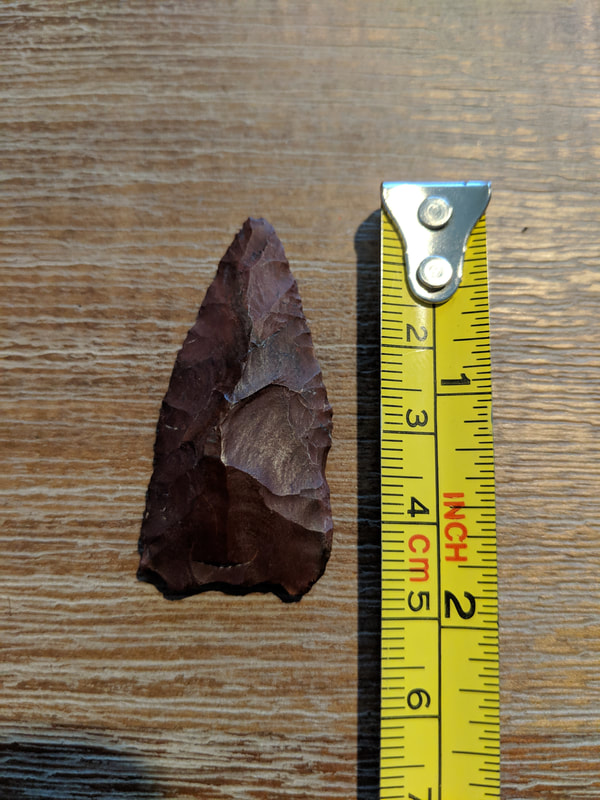 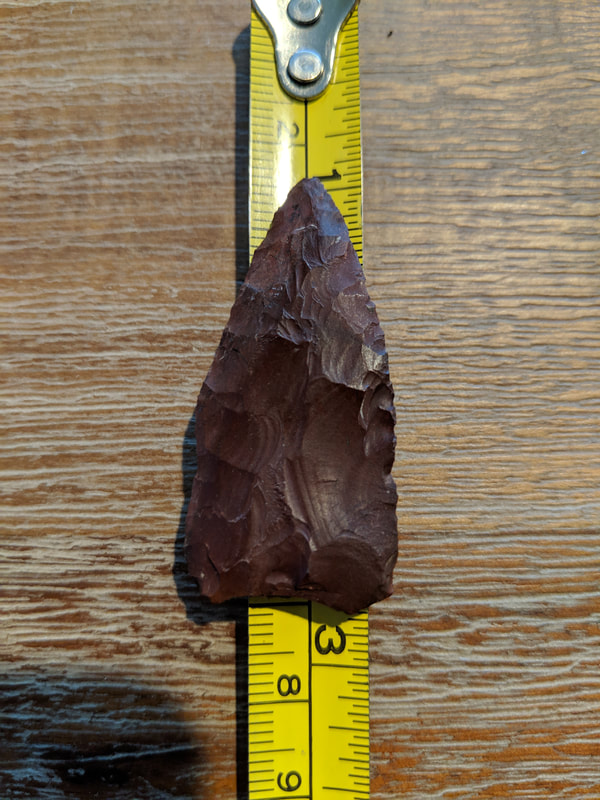 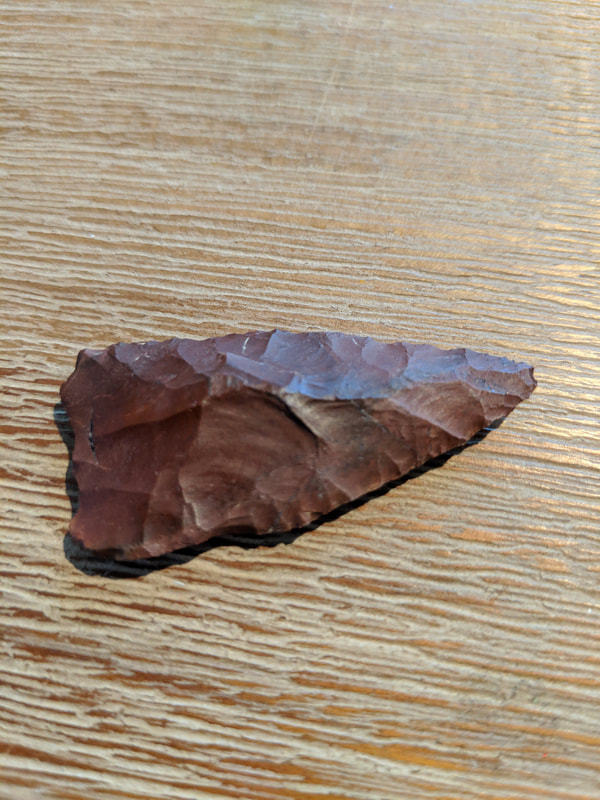 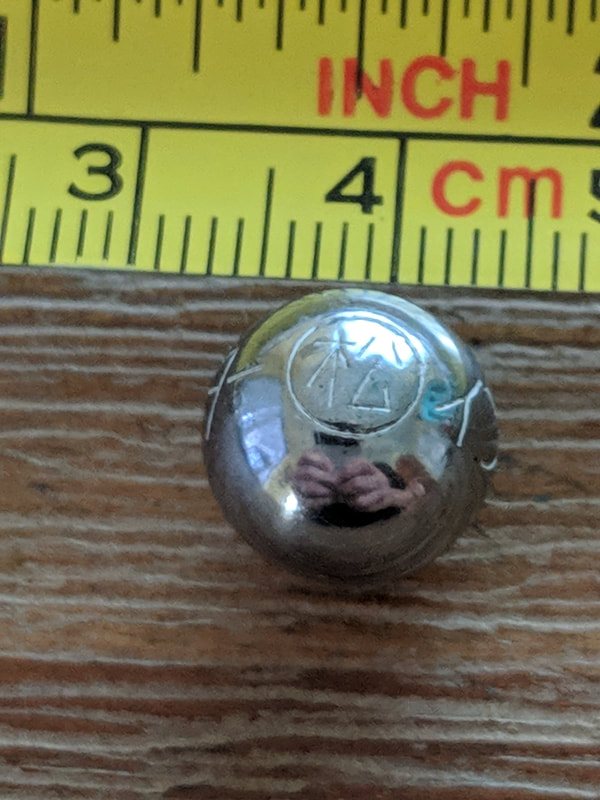 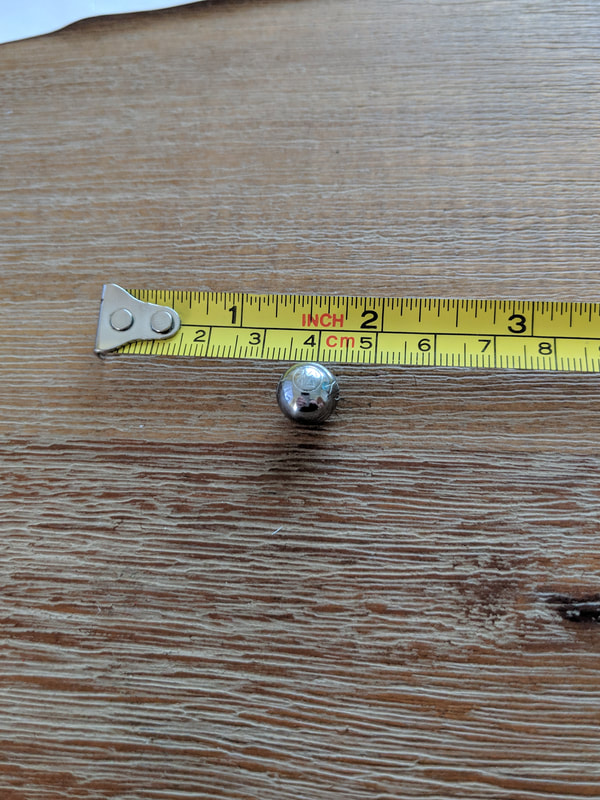 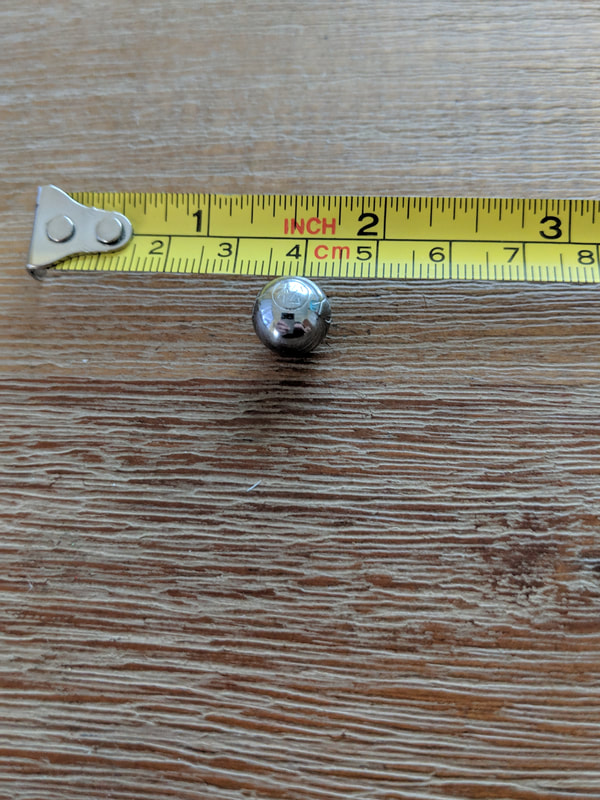 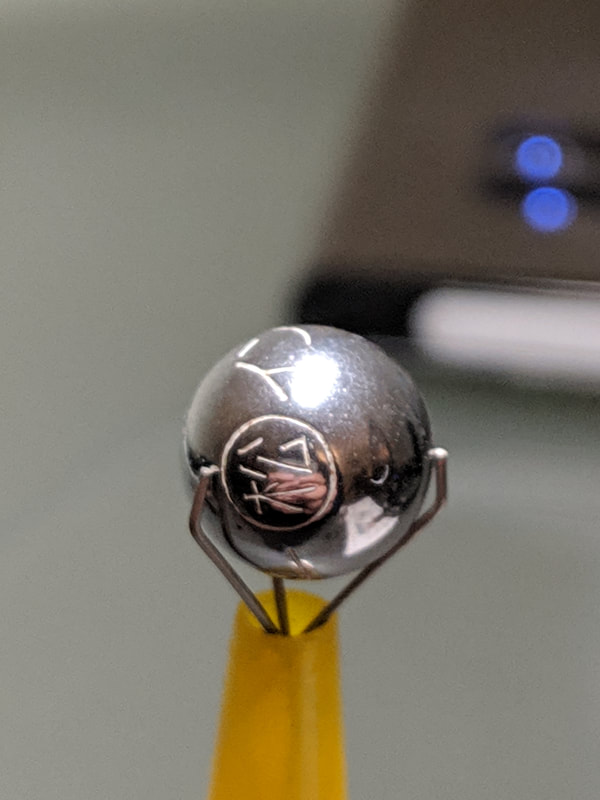 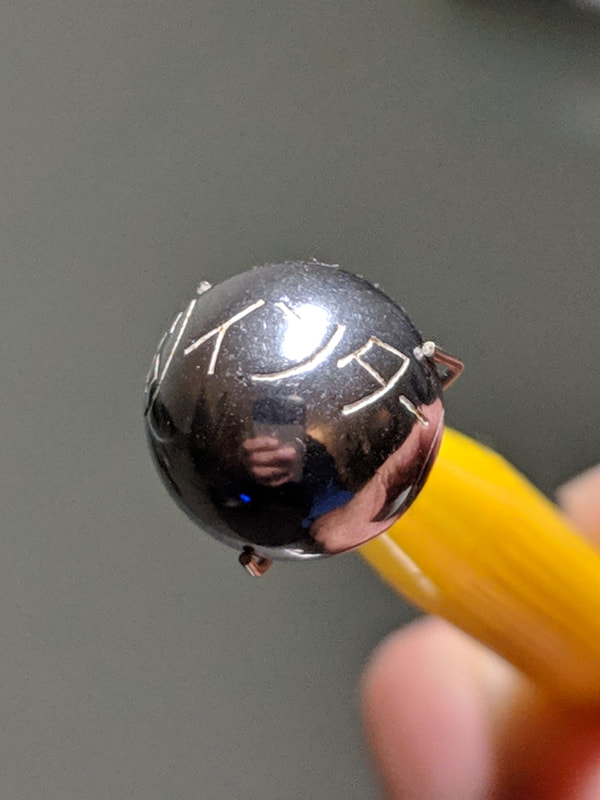 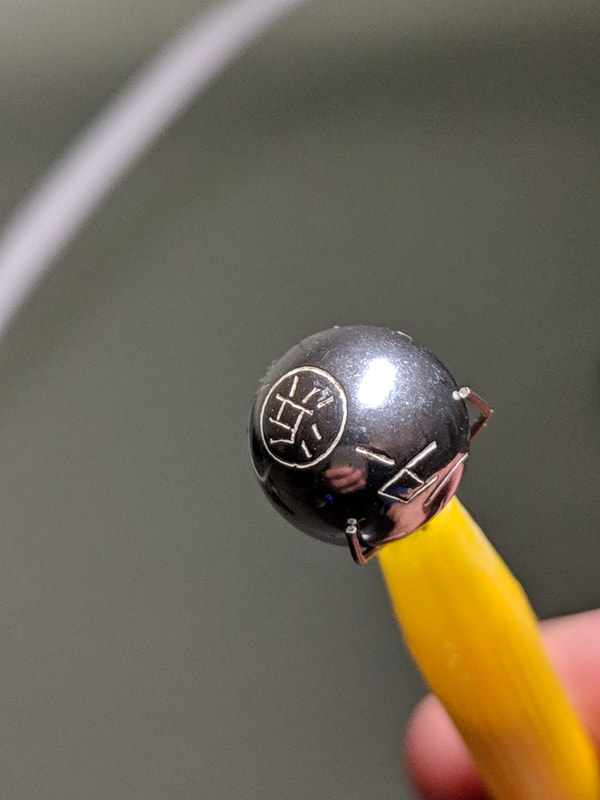 The arrowhead I discovered with what I can only describe as a psychic incident.  When I was a child this arrowhead was underground in my backyard I was aware of where and what it was by just knowing it beyond my five senses.  The mysterious ball I discovered in the grass of my front yard when I was a child. It may be a Pachinko Ball. It appears to have Japenese writing on it, and it is attracted to magnets but has never corroded even though it was stored in a damp basement for many years. I lived in New Jersey USA during this time.
Research Artifact:

While sleeping, I experienced something more than a dream. It was more like a memory where I viewed several moments of what may have been a past life. During this state of awareness, I recalled what my name was. After I awoke, I began searching the internet and discovered that what I saw in my "dream" state was corroborated by historical records I could not have known about before my so-called dream or memory flashback.

I may have lived as a soldier during the American Revolutionary War. I may have been a person named Phineas Ripley ( 7 August 1751 - 11 March 1816 ).  https://www.findagrave.com/memorial/64515035 I recall hiding from British Redcoats. I'll explain this in more detail in my podcast, but a family was helping me hide from the redcoats in their home. I narrowly escaped capture.  Was this a memory of a past life?

In the early morning hours at about 5:40 am on Monday, January 13th 2020 I awoke for a few moments to go to the bathroom. Upon returning to sleep I caught myself seconds from falling back asleep and realized that it seemed as though my mind was still awake and my body and physical brain had fallen asleep. I had been under considerable stress that day and for several days prior. One of my two dogs had fallen ill with encephalitis, and I had been getting very little sleep for several days. So when I caught myself in this waking mind body asleep state that I had knowledge of from studying the articles and books written by people that astral project my excitement was tempered by my tiredness and stress. I think this kept me from waking my physical body up. I then remember the roll technique written about by Robert Monroe and many other astral projectors. Physically I was laying on my left side, so I began to attempt to roll to the right and suddenly I had the weirdest sensation. I realized that I was rolling out of my body and it felt like there was a thick resistance. The resistance is hard to explain in words, but it felt kind of like I was moving through water or what I would imagine if I had gotten stuck inside jello and was trying to extract myself. It was weird and it was exciting. I wasn't afraid because of all the research I had done on astral projection. It was also weird that I could perceive passing through the blanket that was covering my body. Once out I realized that unlike a dream my vision was very dim, It was as if my vision wasn't used in a very long time. This is also something I've heard astral projectors describe. Basically it's like noob vision. For you non-gamers out there a noob is someone new at a game, so they aren't good at playing it yet. Anyway I realized that I was now floating above my body and I became distracted by my body on the bed and began to focus on what I looked like from the outside which is a very weird experience and another noob mistake. Focusing on my body caused me to go right back into it and awaken it. That was the end of my first remembered astral projection. I hope I will have more and get better but for now at least I know they are real. By the way my dog is getting better and was saved by a very caring veterinary neurologist.